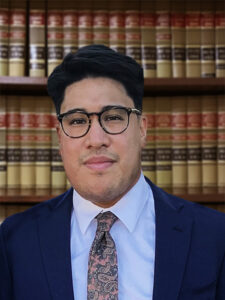 Izzak is a first-generation collage graduate. He was born and raised in Austin, Texas. He earned his bachelor’s degree from Texas State University and his Juris Doctor from South Texas College of Law Houston. He is the proud son of two immigrant parents who instilled the values of hard work, perseverance, and faith in God. He is the proud father of Noah and works every day to instill those same values in him.

While in college, Izzak worked for a prominent Austin law firm where he assisted with litigation concerning Texas Workers’ Compensation claims and lawsuits, some of which were heard before the Supreme Court of Texas. In addition, Izzak participated in multiple Texas State University student organizations and served as the president of Omega Delta Phi Fraternity his junior year.

During law school, Izzak gained invaluable experience clerking for Houston law firms on a range of matters from commercial contract drafting to insurance bad faith litigation. He also had the privilege of being inducted into the national legal honor society of Phi Delta Phi.

At Abbott & Associates, Izzak advocates on behalf of injured Texan Workers. He is passionate about helping others and will fight zealously to protect his client’s rights.

Izzak is licensed to practice law in Texas. In his free time, he enjoys spending time with his family, walking his bulldog, studying theology, and collecting sneakers.