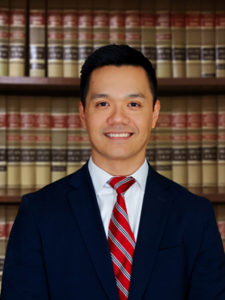 Workers’ compensation attorney Joseph Bedoy secured a complete victory for his client at trial, after the employer did everything possible to prevent the injured worker from obtaining income benefits and medical care for a serious eye injury suffered in the course and scope of his employment.

After injuring his eye, the employee notified his employer, who immediately tried to sweep the injury under the rug by paying for the employee’s medical bills using company funds, rather than turning over the claim to the workers’ compensation insurance company, as required. Based on a review of the facts leading up to trial, Bedoy states the employer became irritated when the medical bills began to significantly grow. Realizing that the injury was more significant than originally hoped, and following the insistence of the injured employee, the employer eventually filed a claim with the workers’ compensation insurance carrier.

After realizing the risk associated with not initially reporting the claim, and in an effort to give the appearance that the employer was following the rules, the employer had another trick up their sleeve – a lie on the report form that indicated the employee had actually injured his eye during non-work hours. The overt lie was designed to keep the employer out of hot water for failing to report the incident, while simultaneously trying to rob the injured worker of his rights and entitlements.

As expected, the insurance carrier denied the employee’s claim based on the employer’s fraudulent report, effectively leaving the employee and his family without employment or means of support or medical care for more than 7 months.

At trial, Bedoy was able to prove that the employer actively engaged in a significant cover-up in an effort to defraud his injured worker. He was able to obtain documentation from the emergency room and the eye doctor to show that the worker reported to the doctors that his eye was injured at work, and more importantly, he was able to obtain a statement from a co-worker confirming that the client injured his eye at work. As a result, the Judge found in favor of Bedoy’s client and ordered the insurance company to pay for medical treatment and benefits for lost wages from the day of injury.

Joseph Bedoy is one of the senior litigating attorneys at Abbott & Associates, one of Texas’ largest workers’ compensation law firms, and arguably the largest claimant’s representative firm in the state since the late 1990’s.