Penalty for Making a False Workers’ Comp Claim in Texas 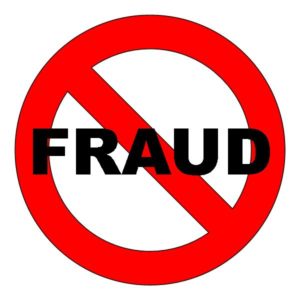 Workers’ compensation laws in Texas are intended to protect injured employees and make sure they are provided for if they get hurt. Unfortunately, people sometimes take advantage of the system and commit fraud. There are five different types of fraud in the Texas workers compensation system according to the Texas Department of Insurance. These include “injured worker benefit fraud; insurance carrier fraud; employer premium fraud; health care provider fraud; and attorney fraud.”

The penalty for making a false workers’ compensation claim in Texas will vary depending upon the circumstances. For individuals who commit fraud by lying about their injuries, exaggerating how badly they were hurt, or being dishonest about receiving medical care, the penalties are generally determined based on how much the individual obtained in ill-gotten gains. You need to understand how the laws apply to you and make sure you do not commit fraud after suffering a work injury. A Texas workers’ compensation lawyer at Abbott and Associates, L.L.C. can evaluate your injuries and help you to determine if you have the right to make a legitimate claim for benefits.

What is the Penalty for Making a False Workers’ Comp Claim in Texas?

If you make a false workers’ compensation claim in Texas, you could have the fraud referred to law enforcement for investigation. Texas Penal Code section 35.02 addresses insurance fraud. Under the law, you could be charged with:

The potential penalty for making a false workers’ compensation claim in Texas is clearly very serious.  Insurers use a number of different tactics to try to identify when fraud has occurred including looking for red flags such as:

It is very important to make accurate reports of your work injury. If you lie about or exaggerate your impairment or illness, you could find yourself faced with a penalty for making a false workers’ compensation claim in Texas. A Texas work injury lawyer at Abbott and Associates, L.L.C. will help you to ensure you file paperwork completely and accurately to get benefits and avoid accusations of false claims.